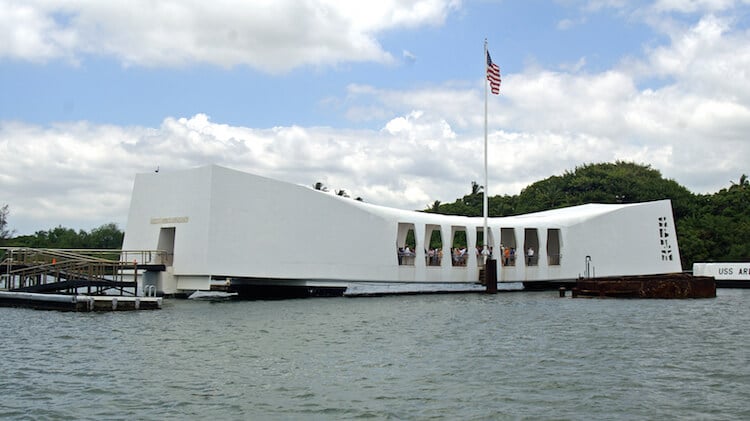 The National Park Service (NPS) has updated the completion time for repairs on the USS Arizona Memorial. Visitor access has been suspended since last year due to safety concerns caused by movement on the loading dock and ramp. The repairs were originally due to be completed by October of 2018, but has been pushed back to March 2019.

Since May, the NPS has partnered with the U.S. Navy and U.S. Air Force to implement a new anchoring strategy. The design phase of the project was completed, and the repair timeline was updated to March 2019. The new USS Arizona Memorial repairs will include helical screws that will screw down to the harbor floor to ensure stability.

On May 6 of 2018, The Arizona Memorial was suspended due to when what was considered minor damage became viewable from the main entry point. However, upon further review, it was revealed that the damage was caused by a failure of the anchor system, which delayed repairs by months. Access to the memorial has been closed since.

It’s unclear how the recent government shut down will affect the repair date of the USS Arizona Memorial.

Our quality starts with the intent to be a completely non-invasive tour company dedicated to revealing the real truths and history of the land and people of our home, Hawai’i. We use smaller vehicles for all of our Hawaii tours to provide a more intimate, relaxing, and safer travel experience. Our passionate, local employees welcome you to our beautiful state of Hawaii and take you back in time to experience the Kingdom Hawai’i once was. Safety and dependability is developed through continuous training and are the cornerstones of our tour service.

IMI Tours offers a total of 8 tour excursions on Oahu, Maui, Hawaii, and Kauai. From the “Road to Hana” to Pearl Harbor, we have tours to educate, entertain, and inspire! We invite you to explore our Hawaii Tours and find the activity that works best for you.

As a non-invasive tour company dedicated to sustainability, it is our vision to accurately share and perpetuate Hawaiian culture and history while creating a fun and memorable experience for our guests. We are part of the eco-tourism movement in Hawaii and partner with sustainable farms, ranches, and other venues to support local business and create an authentic Hawaiian experience.